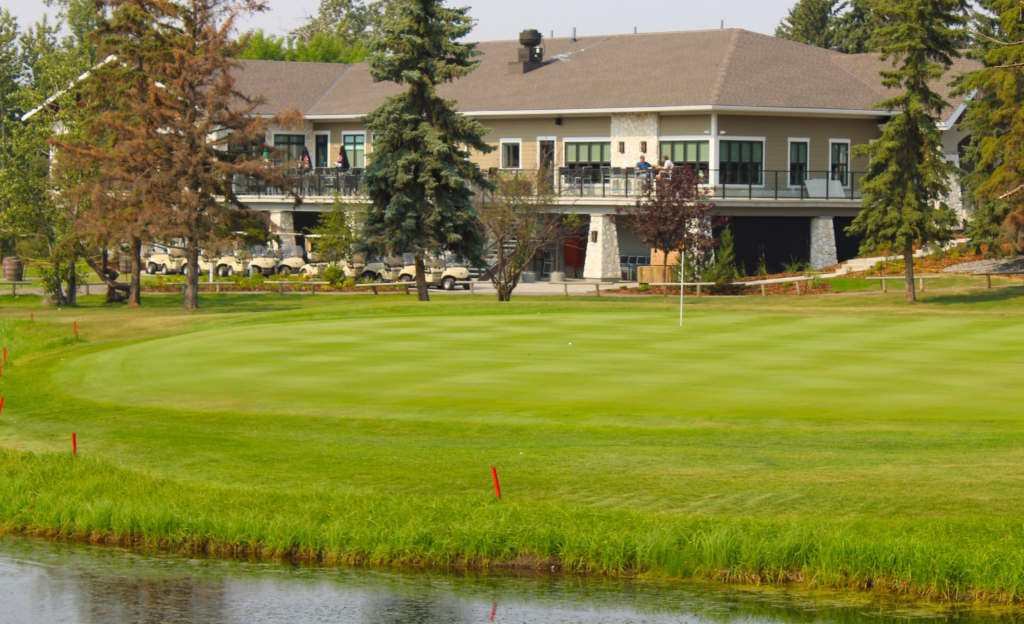 When people hear of upgrades to a golf facility their first thought is likely along the lines of the tees, fairways, or greens getting a facelift. But, remodelling a golfers hangout can go further than something in the great outdoors, as shown by the Leduc Golf Club.

After consultation with the City of Leduc, the two entities came to a land swap agreement to partner and in doing so, a major upgrade was made to the decades old clubhouse. Now, patrons of the game, and others who just want a place to meet and socialize, has taken form in the community. And, it’s well worth the visit whether it’s after 18 holes, a hard day at the office, or for a bigger gathering like a wedding or anniversary.

The club’s Executive Director and CPGA Professional, James Whitton, said the multi-million dollar building offers everything anyone could want in such a facility, which is open to the public on a year-round basis.

“The wrecking ball swung last August 12th. They built through the winter,” but a few “unforseens,” as Whiton put it, backed that opening date up a bit. “Now, we have all our services under one roof. We have a brand new pro shop. We have a brand new lounge and patio. You have to go a very long way to find a better patio than ours. It overlooks a green space, the ninth and 18th holes. Our full menu is up and running and we’re now booking into 2023 for weddings. Our event space is a 200 person occupancy,” dramatically up from the old maximum of just over 100 persons.

As for the post-game watering hole, Whitton explained that as a community business their emphasis is on supporting local. “That’s for our F and B (food and beverage) services particularly. We have eight craft beers on tap, seven are micros. We source all our meats from Leduc, local meats. The menu is top-shelf.”

Of course, a golf course is for, uh, golfing, so when the thermometer bottoms out and the snow flies, the new clubhouse will house two indoor simulators. The Leduc GC was one of the first places in the area to offer this winter getaway-without-leaving-home and as  such they’re building on the popularity of this winter pastime.

“We built this into the new facility for increasing demand,” Whitton said about being able to tee off in Leduc during a January blizzard. “Both bays are Foresite GC Hawks, all overhead, and we built  a manual putting mat that splits the middle,” meaning when you have to hit a 15-foot putt for birdie, you actually do hit it 15 feet and not into a screen eight or nine feet away where you have to guesstimate the distance. “That means you’re not rolling the dice hitting into a screen,” which really, is the only downside to many simulators.

Those changes aren’t the only ones that have taken place at the Leduc Golf Club though. As well a number of tee boxes were “completely rebuilt,” said Whitton. “Hole eight has been rebuilt entirely with a ton of stonework. We laugh and call it “The Riddler,” because the tee box looks like a question mark from a drone shot. It’s given us so much more tee box. When golfers come out they’ll notice so many more enhancements, specifically tee boxes with a lot of stonework. And, honestly, since three years ago, we’ve invested a quarter million dollars into a greens’ protection program that’s just come out in spades.”

That they have, as every green here is as smooth as glass, the ball runs quickly and evenly, and  if putting is the strong suit in your game, you’re going to fall in love with these surfaces.

Overall, the reception by the public to all these changes has been overwhelmingly positive, Whitton  noted in closing.

“It was an expensive undertaking but we have a very strong relationship with the City of Leduc that we signed last summer. To be honest, I think there was probably some skepticism on the money spent (close to $4M) but now that they’ve seen what it’s done for Leduc, including hosting a national junior girls’ championship that drew people from all over the country, people are starting to see that this has now made us (and the city of Leduc) a destination. The golf course is gorgeous but the old facility just couldn’t hack it. With this new facility, it’s just blown up in bringing people to Leduc,” and because of that, this new clubhouse doesn’t just benefit the golf course but the entire community as a whole. 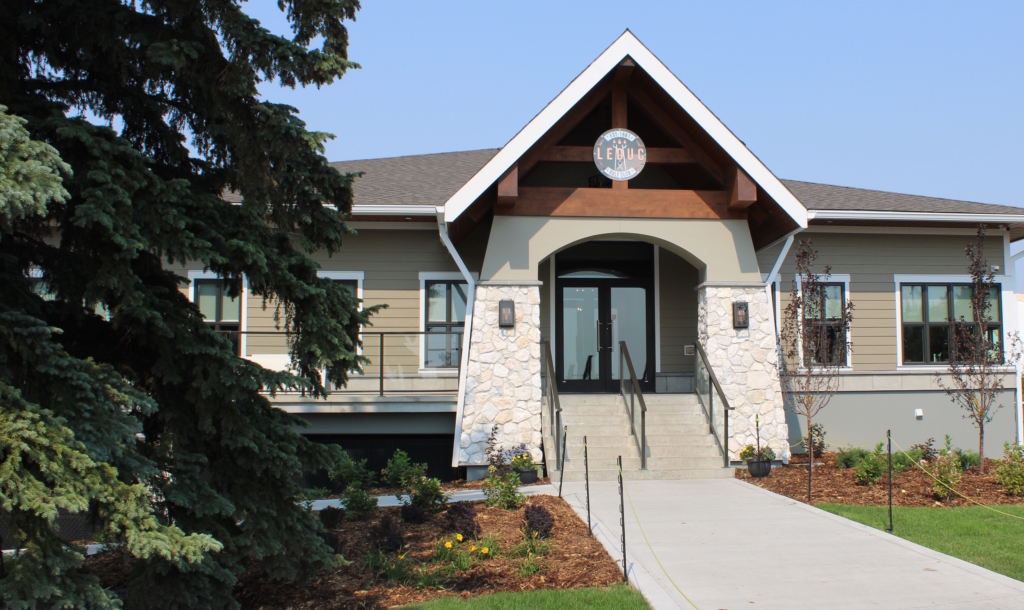