Search for Tee Times at The Quarry 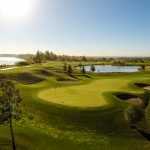 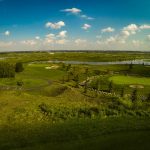 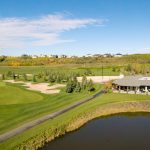 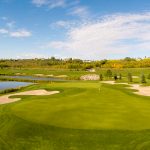 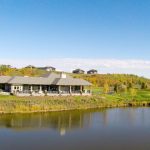 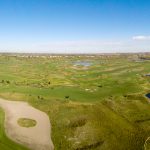 The Quarry’s Rates per Player:

Friday – Sunday including holidays:  $100 plus GST

The Quarry Golf Club located in North Edmonton along the Saskatchewan River is Edmonton’s Newest top end public golf destination. The latest Les Furber design boasts 27 holes of championship golf ranging in yardages from 5100 yards to 7600 yards, catering to golfers of all abilities. 18 holes will be fully operational in the 2012 season with the following nine opening in the 2013 season. This incredible new facility has an impressive practice area with two large putting greens, a chipping green, a fairway bunker area, and three levels of grass tees on the driving range.

Private Function Room:  Seating for 45 – ideal for meetings and functions. This room has its own fireplace, TV’s, and private patio.

Banquet Facility:  Seating for up to 285 – ideal for large functions, tournaments and events. This room has its own fireplace, TV’s, and private patio.

The Quarry proves the wait was worth it for Edmonton golfers

The newest golf course in Edmonton, The Quarry, lives up to all its advance billing – and more.

The Quarry is an absolutely wonderful track from the first hole and its demanding downhill right-to-left tilting fairway to the final hole, one with water guarding the left side off the tee and an approach shot into a double green.

Designed by Les Furber, The Quarry comes complete with five tee boxes for each hole over a layout that will encompass 27 holes by next year. For now it’s 18 holes, but what an 18 holes it is.

How good is The Quarry? Well, about as good as it gets.

Five years in the making and open for just over a month now, the newest entry in a crowded Edmonton golf scene is drawing rave reviews from pros and amateurs alike.

“Any new golf course in Edmonton is going to have some hype around it,” the course’s Head Golf Professional, Taylor Scinski commented.

As for the expectations that ran rampant during the winter with the countdown on to The Quarry’s opening date, but with little information coming forth about the facility, Scinski said there was a reason for that.

“We were pretty quiet about it; I don’t even think intentionally,” he continued about that media silence. “There were so many unknowns from the construction point of view – when we were going to open, what the structure was going to be. I don’t think it was so much intentional but it did drive some interest, for sure.”

Now that the playing public’s curiosity has been sated the word on the street is this is a track one has to play. What they’ll find on the front nine, The Granite, are demanding tee shots, large greens, fairways that tend to narrow around 150 yards from the green before flaring out again, and above all, something they haven’t seen prior to this in an Edmonton area course.

“I think people are going to be surprised by the elevation changes out on Granite, which is our first nine for this year,” the Pro continued. “We go way up into the hills and back down,” into what was once a sand and gravel pit, thus the name in a venue reclaimed with grass and trees.

Spencer Brown, the Superintendent of The Quarry who has been on board with the project for four years, noted there wasn’t much around when he began.

“When I came here there were lots of topsoil piles, a big hay field out in one part. It’s come a long way and we’ve spread a lot of dirt. It’s basically gone from a dusty dirt hole to a nice green area.”

One noticeable feature on the course is the mounding. Those mini hills serve two purposes, the superintendent noted, one being the low maintenance requirements and the other, and more of a concern to the golfer, is the challenge they present as they’re covered with fescue grasses.

“We started with piles that were from the old quarry and we were shaping out here to where they got changed to the pointed peaks,” Brown explained. “It’s just different from your standard links style course with their rolling mounds. It’s one of the first things you see out here and it’s one of my favourite features out here.”

What’s also different out here is the length of the course from the tips – 7,600 yards give or take a foot or two – which means those pretty well lay beyond the length of the weekend warrior. Those distances were put in for a few reasons said the head pro.

“The game is changing so much that any new golf course is going to be longer than any older traditional golf course. We’ve kind of made this one a little longer to maybe try and get a big event (CanTour) one day.”

For the regular Joe and Jane, the tees on the Granite and Slate nines measure out from 5,100 yards off the front deck to 6,863 off the second longest blocks, meaning there is a playable spot for anyone on Edmonton’s newest, and long awaited new golfing challenge and one golfers have been salivating over for five long, quiet years.

One Golf Pro who had just come off the course when spoken to, raved about what he saw on his first visit to the newest challenge in the capital region.

“The Quarry was an absolute pleasure to play with such a calming and relaxed atmosphere on the banks of the North Saskatchewan River,” noted Jeff Sveen, a Class A Professional and the owner of Play Golf Alberta.

“Les Furber has created a gem, really making you focus on course management and placing the golf ball in strategic positions.  With the five sets of tees this golf course caters to all levels of golfers, and is a great addition to our many quality golf courses in the Edmonton area.”

Gord Montgomery is the sports editor of two weekly newspapers in the Edmonton area. He is currently in his fourth year of writing for Inside Golf and is a member of the Golf Journalists of Canada.

He can be reached at noraltagolf@gmail.com and is on Twitter – @iGgolfwriter.

By the way, if you think you can play from the back decks here, here’s a suggestion: Walk up to the far tee box on the on the first hole and look at the fairway below and what there is to aim at. Then, decide to play one of the more forward boxes – you’ll be glad you did.

Oh yeah, the monster out here. Well, that refers to the yardages this course will play at from the tips. When you back up to the furthest point possible you’re staring down the throat of a beast that measure out at over 7,600 yards.

Ironstone nine fits right in at The Quarry in Edmonton

Head Golf Professional Professional Taylor Scinski said the final nine at his facility is a great fit for and that the extra nine holes has allowed them to fill more of the sought-after tee times for more players than ever before.

“As for as how it affects day-to-day operation, our tee sheets are completely different so we can capitalize on more prime time tee times and put almost twice as many players through on one extra nine. Coming onto the scene last year we had something new to offer and this year, having another new nine sparks more interest especially for those who haven’t been out to play all three nines,” said Scinski.”

Now, no matter how you choose to mix and match your nine-hole loops, you’ll find a great play wherever you head.

“In my opinion, Ironstone is kind of the best of both worlds,” the Pro said in comparison to the Granite and Slate portions. “You’ve got lots of rolling fairways and elevation changes like on Granite and then you’ve got some length and some really strategic holes like on the Slate nine.”

In a quick overview of what’s offered up on the menu for the Ironstone nine, Scinski said it’s a shot-maker’s paradise.

“That nine, you really have to hit golf shots out there. It’s got some length to it and the bunkers and greens are in really good positions. You can’t just hit it all over, scrape it around, and still play well. It’s just a great design.”

If it’s length you’re looking for, the two par 5’s on Ironstone give you plenty of that. The first, No. 2, plays out at 550 yards from the blue tees, which here are referred to as Tee Box 3. The longest long hole, the 7th, plays to 558 yards from the same deck … or if you really want to stretch it out and move to the back boxes, it’s an eye-popping, swinging-from-the-heels 602 yards. The thing is, the fairways on these holes are wide and inviting, so if you run into problems it’s because you’re in a bunker, or whiff on a shot more than anything.

Overall, the new nine combined with the others makes The Quarry a great place to play, says Scinski feels the track’s future looks bright and will get even more so once their new clubhouse opens in the near future.

“The interest level here has not gone down and that’s a positive. The golf course is only getting better. Our members say every day they see it getting better and better and that’s definitely a positive sign,” for a track that with 27 holes helps fill the huge demand for golf in the Edmonton area.