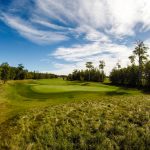 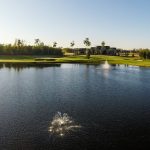 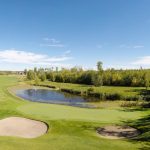 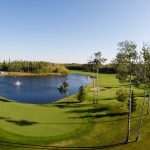 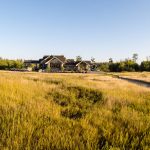 Friday – Sunday including holidays:  $109 plus GST

Welcome to Northern Bear Golf Course, a Jack Nicklaus Signature Course, located in Sherwood Park, Alberta, just 30 minutes from downtown Edmonton. Built on Jack Nicklaus’ legendary tradition of designing prestigious and spectacular courses, it offers the ultimate play for every golf enthusiast. The Bear is a perfect blend of tree lined fairways, strategic bunker placements, five lakes, and USGA standard greens. With five sets of tees ranging from 5800 to 7400 yards, it is designed to entice novice and experts alike.

Pro Shop:  The Pro Shop is fully stocked with a wide range of high quality men and ladies apparel, as well as brand name equipment. We offer such brands as Taylor Made, Adidas, Nike, Under Armour, Travis Mathew, Sunlce, Jack Nicklaus, Titleist, Levelwear, Saxx, and many more. If we don’t have the brand or item in store, we are more than happy to place an order for you.

The Bear Den:  Our breath taking lounge and tranquil patio offers spectacular views and even better food. With floor-to-ceiling windows, our club house is flooded with natural light and sensational views of the course. Enjoy golf and sports on our numerous flat screens, while enjoying our delicious menu and superb service.

Tournaments:  Whether you are looking for a large corporate event or a smaller gathering, Northern Bear is ready go above and beyond for your tournaments needs. We can handle up to 144 golfers for weekend and weekday events.
Weddings:  Northern Bear is a beautiful, rustic, and elegant venue, perfect for your big day. We can accommodate up to 150 guests and customize a package to fit any budget.

After what could be referred to as a season-long hibernation during 2018, the putting surfaces at Northern Bear, one of not only Edmonton’s but the country’s top public golf courses, are back and growing …. or growling.

The Bear’s Director of Golf, Blair McDowell, said that after a rough go during the 2018 golf season the greens have come back in a wonderful way for 2019, once again welcoming golfers to their challenging contours.

“Last year we had some ice damage, as did a lot of golf courses in our area, and ultimately we didn’t have great greens (conditions). This year, we’re already starting out in better shape. The eighth green we eventually re-sodded but for the most part our greens are a lot better this year. And our golf course, for April, is in a lot better shape.”

In regard to the damages caused by a freeze-thaw-freeze cycle during the on-again, off-again winter of 2017-18, McDowell explained the damage that occurred are caused by ice forming on the putting surfaces. That’s a significant blow to any golf course’s greens, given the nature of that turf in particular.

“The grass on a green is so tight,” as compared to the length of grass on someone’s front lawn. he began. “We didn’t only have snow and ice that winter, we had rain in December and it literally froze on the grass and it killed it,” essentially smothering it because no air could reach the grass. “It’s so short and there isn’t that much separating it from the ice. The snow is an insulator but if you don’t have a snow cover and have nothing but ice on the grass, it kills it.”

A heavy top dressing helped protect the putting surfaces this past winter and clearing ice off as it formed also contributed to the better conditions for this season. The less-than-perfect putting problems though are now in the past as Northern Bear comes out of its winter’s hibernation ready to face golfers with the greens being as good as ever at the course.

As to its country-wide reputation, McDowell said of his facility’s top-59 national ranking, “It comes down to each hole is a great golf hole here. You’re not going to find two holes alike. There’s not a bad hole on the golf course. Not only is it a great layout but every hole is a great hole!” made even more so this year as the greens are right back where they should be at Northern Bear.

To book a tee time at this great course, located just outside Sherwood Park, go to playgolfalberta.com and follow the links.