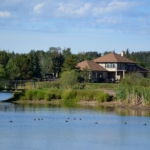 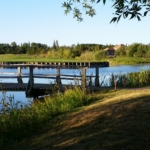 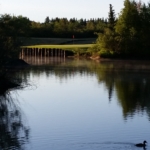 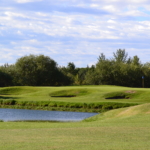 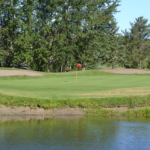 Saturday – Sunday including holidays:  $80 plus GST 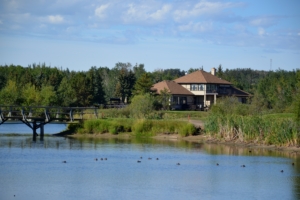 Amidst the natural forests and interlocking ponds is the tranquility of Goose Hummock Golf Resort. A short drive from Edmonton’s core, Goose Hummock invites you to experience it’s beauty! As a full service facility, we look forward to demonstrating Goose Hummock hospitality.

​This first class golfing experience is just minutes north of Edmonton near Gibbons, AB. “The Goose” was designed by Bill Robinson from Oregon and is an 18 hole public championship course. It is a combination of Scottish and everglades architecture that twists and turns for 6500 yards through interlocking ponds. Challenge the Goose!

Tournaments:  At Goose Hummock we are committed to creating extraordinary experiences for all members and guests.  Our Management team is on hand in order to provide you with all in one event support, eliminating stress associated with organizing an event, so that you may fully enjoy your day.

The next time you are considering an Edmonton area golf course for individual or tournament play – Challenge The Goose! 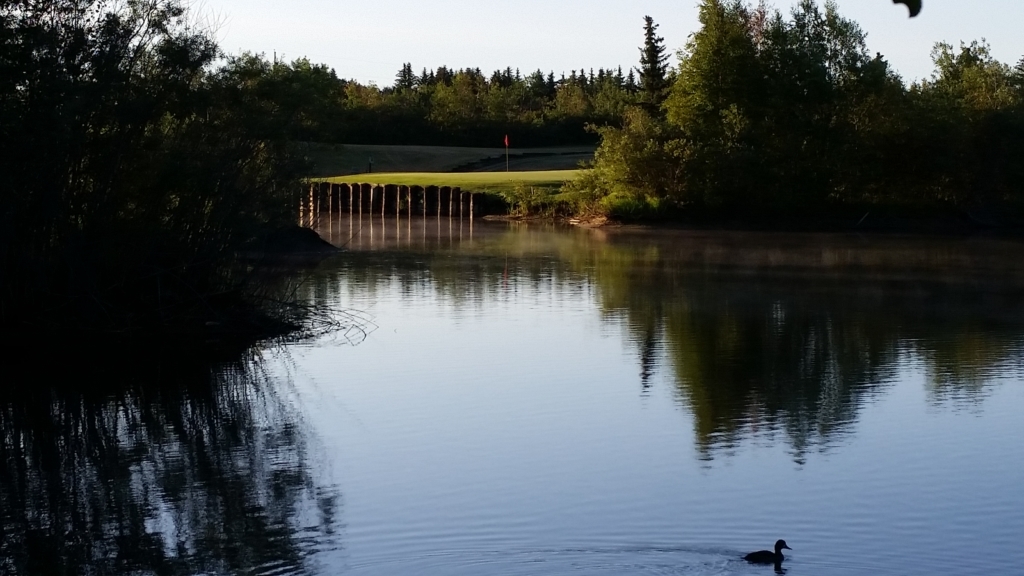 Goose Hummock softens its playability for all to enjoy

True story: I told some friends I had recently played Goose Hummock and their reply was almost in unison: “Oh, I’ve never played there. I hear it’s really hard.” Well, it used to be. But now, after some yardage and layout changes, The Goose as it’s known, is a fun play. Yes, it has water and it has trees, but then don’t all good golf courses have those elements?

Based just outside of Gibbons, this 18 hole track built in 1988 was originally designed to challenge the best because it was built to be tough. Now though, it has been redesigned so that the everyday golfer, regardless of experience and ability, can enjoy a round and be proud to tell the tale.

Asked about what had been done to make the course more enjoyable, GM Greg Suess replied: “I think the removal of several sand traps. The first hole has been shortened so it’s far more playable. Apparently that first hole was long and tough but that was softened. The seventh hole has dramatically changed. Where you had to hit over water twice to get to the green, now it’s only once. Generally, any changes to the course over time have simply been made to make it a little easier. It’s not easy but it is more playable.”

The Goose doesn’t play overly long, tipping out at just over 6,500 yards but this is a course where one must choose carefully on where to start each of the on-course tests. The Blue/White combo offers up a good variety of challenges and distances and makes one use every club in the bag, plus their golfing brain to figure out how best to approach the smooth running, subtly breaking greens.

Of course The Goose does have water and yes, it can come into play if you want to whale away and hit the ball as far as possible on every shot. Remember though, while this layout does demand some length on some holes it also demands strategy and shot-making.

“Yes, it incorporates a bit of both,” said Suess to those factors. “People  probably have a tough time playing the course the very first time because you don’t know how far the water is, how far ahead or how far to the side. It’s confidence. A lot of people say ‘Well, the first round was tougher but it got easier as I got to know the course a bit more.’ But, I don’t know if that’s unusual from other courses. The water is just an element but whether it’s that, or sand, or trees, it’s about developing your course knowledge over a period of time.”

Just because you may not be long off the starting blocks, with the thoughtful placement of the forward tees at The Goose, you have just as good an opportunity to be putting for pars, or even birdies (or are those gooses here?) as anyone else. From this deck, the course plays to just over 5,300 yards and offers a somewhat different view of what lays in front of you.

Speaking to the placement of the Red tees, Suess noted, “On most holes you will see a fairly significant advantage in terms of the yardage,” he noted, with a distance difference of over 300 yards from the White tees alone. “That’s what two, three shots difference for a beginning golfer and some added confidence in terms of expectations. On some of the water holes, the location and the angle to the green sometimes minimizes the impact of the water a little bit. Just kind of helps out the player. On (holes) 10 and 14 (266 and 300 yards respectively) they can avoid the water altogether and choose to stay on the fairway — it’s a bit of a longer route but safer. They’re not being forced to hit over the water.”

Regardless of where you tee it up, the secret of taking down The Goose, according to the GM, is not to worry about bombing your drive out as far as you possibly can on every par 4 and par 5 hole. “I don’t think you need to take that approach to play well here. If you’re landing the ball on the fairway, not overly long, I think you increase your odds of scoring better than hitting the ball a ton and hitting it all over the place and then scrambling after that. If you can go a couple hundred yards at a time, I think you’re probably going to have a pretty decent day here!”

So, if your friends are telling you that Goose Hummock Golf Resort is ‘Too tough; There’s too much water; The fairways are too narrow,’ it’s time for you, and them, to take another gander at this great golf course. With a little knowledge, and a good mind-set, your game is sure to take flight.