Search for Tee Times at Fort In View 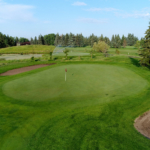 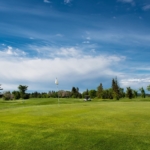 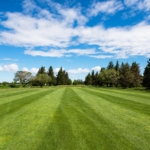 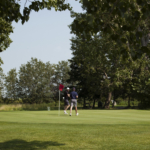 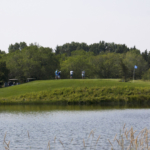 Fort In View’s Rates per Player: 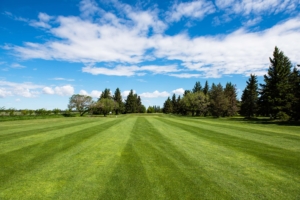 Located just 15 minutes northeast of Edmonton’s Anthony Henday Drive and Manning Freeway intersection & five minutes west of downtown Fort Saskatchewan, Fort In View Golf Course offers golfers of all levels of experience a unique 27-hole layout which means you get to play the game as it was meant to be, never playing a round the same way twice!

Our family owned business is perfect for golf leagues, tournaments and lessons, and is also suited with a clubhouse, pro shop, and practice facilities.

Pro Shop:  Fort In View offers the best in equipment and apparel to compliment your game.
Stop by our fully-stocked Pro Shop before or after your round, and browse through
brand name clothing, golf clubs and other golf-related merchandise.

Our friendly staff will help you register before each round, reserve tee times, rent
power carts/pull carts/clubs, and sign you up for golf lessons with
our teaching pro Gord Hayward.

Fort In View offers chipping and putting areas, making it the perfect place
to improve your short game. Our course is also equipped with a driving range,
so make sure to stop by and work on your swing.

What better way to take your game to the next level this year?

Tournaments:  Our family owned and operated golf course provides golfers of all skill levels an
enjoyable day. Our courteous, friendly and helpful staff will cater to your needs and
supply excellence in quality and service, helping make your event memorable
and worry free. We are an excellent tournament course with a fully licensed facility, and
27 holes with the ability to accommodate up to 216+ golfers. 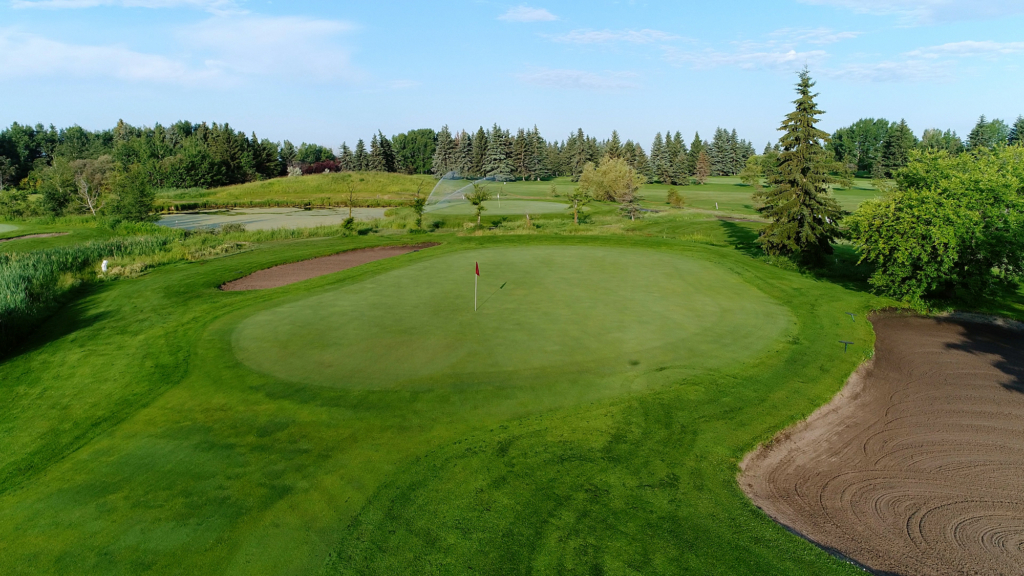 As a second generation family operation, the Fort in View Golf Course welcomes everyone with a family-friendly approach, meaning regardless of your ability at the game, you can enjoy this 27-hole facility no matter which nines you combine.

Located just outside Fort Saskatchewan, and a short drive from all the suburbs surrounding Edmonton proper, Fort in View is one of only three courses with three different nines to tee it up on. And that, says General Manager Gord Hayward, means finding a tee time here that fits your busy schedule isn’t that tough a job.

“Because we have the 27 holes we can get a large amount more golfers, probably six hours worth of tee times out on the golf course (each day) than an 18-hole course can,” he said.

Originally constructed back in the 1980s as 18 holes the Fort in View course expanded by another nine challenges in the early 1990s. The original nines were known as Buck and Clark, and the Simpson Nine followed those a few years later. That, said Hayward, was always the plan put together by Dr. Walter Buck, who besides building the course owned three dental practices and was this area’s MLA.

Even though that nine plays to a shorter yardage, it doesn’t necessarily make the challenge presented you any less.

“There is a little more water on Simpson,” explained Hayward. “From the forward tees you can avoid that water but if you’re teeing off from the Championship tee, then you’re going to have to carry across the water,” on the second hole there, which entails a carry of around 220 yards from the middle tee. There is however a bail-out spot if one wants to play it safe. That hole is followed by another that is also guarded by water, this time running down the right side of the fairway and in front of the green.

Despite the length, and the hazards on all three nine, Hayward noted “The whole course is pretty friendly for all types of golfers. It’s not a difficult course. We don’t have tons of traps and stuff. From the pace of play perspective, we keep the rough cut down meaning you can find your ball fairly easily if you miss the fairway and carry on. The course isn’t difficult, but it is challenging,” which every golfer, regardless of their ability is looking for.

Despite the passing of Dr. Buck the family tradition carries on at Fort in View. Bob and David Buck are now the owners of this piece of paradise with Bob doubling up as the superintendent. David is employed at the facility as the head mechanic.

And since family is such a big part of the history of this 27-hole layout, it’s the course’s desire to ensure that all members of anyone’s family can come here and enjoy a round, whether you’re taking on a nine hole journey, a full 18, or if you’re keen on keeping going, perhaps even 27 holes in a single day.

The thing about these nine are they are a bit deceiving to one’s golf discerning eyes, said Hayward about the playability of the course.

“You know, when you look at it, it might look pretty easy and you think you can have a really good score but the greens can be difficult and it’s hard to get a really good score even if you’re a good players. The hazards aren’t placed where the regular golfer is going to be hitting their ball so the pace of play is good. It’s very playable, and friendly in that way.”

When one tees it up on the box closest to the green to start a hole, the major thing that stands out is the added advantage they receive in yardages. Many of the holes are shortened considerably, including a 65 yard head start on No. 6 and 60 yards on the next hole on the Buck nine. The Clark nine also kicks in with its own offering, an 80 yard advantage of No. 5 and a whopping 125 yards on the next hole. Not to be outdone, the Simpson track offers up shorter yardages as well, making these loops enticing to the novice golfer as it certainly doesn’t scare them with overly long assignments. And while there aren’t a lot of hazards on this trio of nines, the front boxes do take much of the danger out of play, or they can be easily cleared with a modicum of difficulty.

One other thing about Fort in View is its accessibility from surrounding communities. Located just a short drive off the Manning Freeway, head onto Highway 37 and then a paved roadway, RR 230, takes you all the way into the facility.