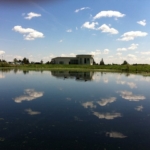 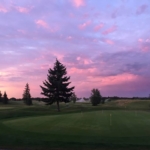 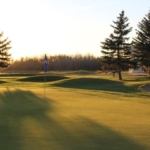 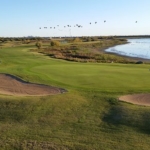 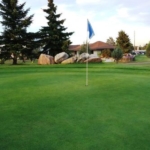 Friday – Sunday including holidays:  $85 plus GST 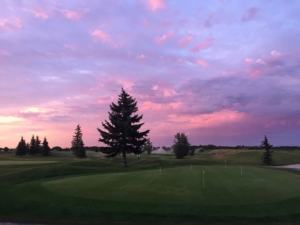 Cattail Crossing Golf & Winter Club (formerly Hunters Green GC) is a beautiful 18-hole par 72 course on the north side of Edmonton. The original Lakeshore course was built in the late-80s as a 9-hole layout, and the back nine and the current clubhouse was added in the mid-90s. Warm-up before tackling the challenging 5,594 to 6,501-yard course, good for beginners and low handicappers alike. The fairways are wide, but numerous grassy mounds and hills make for some challenging lies. Water comes into play on 11 of the 18 holes. The well-appointed 10,000 square foot newly renovated clubhouse features dining and meeting areas, pro shop, snack bar, and locker rooms.

No matter how unique and fun your tournament ideas we can find a solution for you.

Weddings:  Cattail Crossing Golf & Winter Club is the ideal Edmonton wedding venue location to host your most special day year-round. From our large expansive banquet hall to our picturesque grounds, you are guaranteed to have the wedding you’ve been dreaming of. 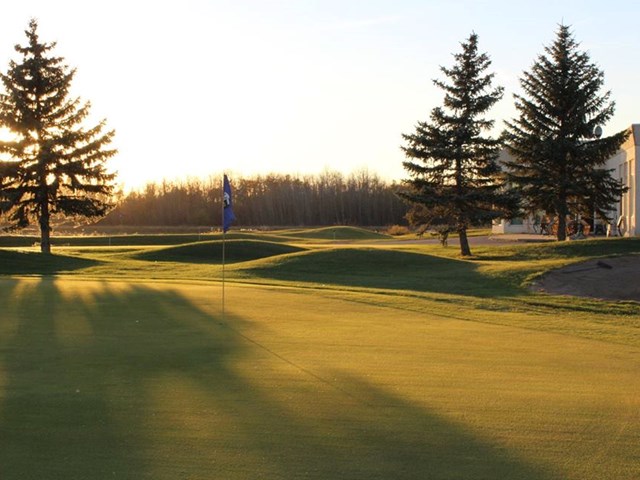 When you  hear about changes happening at a golf course, you almost automatically think they’re replacing a bunker or two; altering a green; or adding a few new tee boxes. Well, as it turns out, Cattail Crossing Golf & Winter Club has gone a few steps above that.

The north Edmonton layout, formerly known as Hunter’s Green GC, went through a change of ownership in early 2021 and that new group decided to go all in, not only on the purchase but on the remodel of both the outside and inside of the club. As such, they made over the pro shop, the restaurant, and more importantly, the course itself.

“What’s unique is that the partners that came to the table own a large landscaping company and also a directional drilling company. What we did was survey the whole course because for years there were considerable drainage problems where four holes were almost under water,” co-owner Gord Schamehorn said in a previous interview with Inside Golf.

To alleviate those soggy issues, catch basins were installed that lead to the course’s aqua feeders, in this case a lake that is on the property. “All the water now flows to those aqua feeders and we have remedied the drainage areas that hampered the course for many, many years.”

And then going above and beyond that, Schamehorn noted, “We’ve added tee boxes on just about every hole,” both lengthening the course and adding spots for kids to tee it up further down the fairways closer to the greens. “We’re adding more trees and letting the fescue grasses grow to make it more challenging.”

Head Golf Professional Adam Peterson, another new add-on to the course, noted that this course remains very playable despite the numerous changes. “It’s definitely had some changes, adding in new mounding, adding in about 12 additional tees, adding length and shortening length,” although the actual yardage from the Blue tees changes only slightly from old to new, going from 6,093 yards to 6.191. From the front tees, the course now plays to 5,178 yards, down from 5595

In having the course change for the better, Pederson said, “I think we just addressed the issues, the drainage being a constant issue. We have a better product in front of you now. It’s much more playable. Those wet areas are now non-existent.”

While the greens weren’t replaced, they do offer some variety during your appointed rounds. “We have a good mix, some smaller table-top greens and then more large, contoured greens. There’s a great mix of golf out here which makes every hole very entertaining,” said the head pro. Despite those diffeences, the greens all run smoothly with a few subtle breaks but nothing that’s going to catch you by surprise when putting for those birdies.

The pro explained that the course is now a true risk-reward venue, where if  you want to gamble, and are successful with your bet, it will pay off big-time. However, miss your mark and those big numbers may appear on your scorecard more often than not. “You can play aggressively out there, but if you don’t hit the shot, it’s going to penalize you!” he warned.

As for scoring well here, and having fun, Pederson noted, “I find when I go out, playing the par-3s well is one of the most important things,” especially the 17th, which has water in front and bunkers behind the putting surface. “It produces a good challenge and you have to step up and hit a great golf shot even though you’ve likely got a mid- to short iron in hand.” There is also a good variety of distances on the shorties, running up to over 220 yards in one instance.

At Cattail, the one noticeable thing is the advantage that the front tee players receive on several holes. This isn’t a constant thing however, as some of those boxes are housed close to the Silver tees. An example of that is the fun, and rather short 16th hole, which plays to 283 yards from the Silver blocks and 271 from the front deck. In all, the foward tees are ideally located for shorter hitters, or beginning golfers, as they take some of the hazards more out of play, making the opening volley somewhat less intimidating. The thought that went into these boxes is appreciated, as angles and length were apparently determined and the boxes were not just dropped randomly closer to the green.

By the way, the Out of Bounds restaurant at Cattail Crossing G&WC, is an ideal way to wrap up your round. The meals here are delicious, and well presented, making the game recap on the patio or indoors an enjoyable experience at a golf course that has undergone a number of changes all of which are for the better.