Search for Tee Times at The Winston 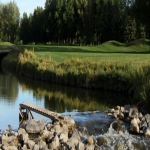 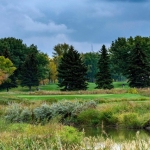 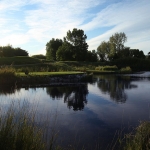 The Winston’s Rates per Player:

Monday – Sunday including holidays:  $105 plus GST

The Winston Golf Club is a semi-private club conveniently located just minutes from downtown Calgary at the junction of Deerfoot Trail and 16th Avenue North (QE2 and Trans Canada highways). With Nose Creek flowing between the front and back nine, The Winston is a city-center oasis of water, mature trees, greens, and gardens.

First opened to the public as the Regal in 1923, the golf course has matured over ninety years to become one of the finest in the area. The course has seen many changes in its day including a major re-design completed in 1992 by renowned golf architect Les Furber.

Today, the maturity of the well-maintained course adds to its allure. Tree lined fairways, abundant water hazards, and many well-placed bunkers offer a beautiful challenge to golfers of all skill levels. The championship 18-hole course plays between 5,401 and 7,037 yards from four sets of tees. There is a driving range, two putting greens and a short game practice area. View The Winston scorecard for more course details.

The Winston Golf Shop is open year round and welcomes the public to come in and check out the latest in golf equipment, clothing, accessories, and unique gift and specialty items. The Golf Shop staff also have extensive experience with corporate and customized merchandise orders.

During the golf season, The Winston’s PGA of Canada professionals offer corporate, group and private lessons, FlightScope analysis, club fitting, and opportunities to ‘Play With the Pro’. More…

From May through September, The Winston opens the course every Thursday to group tournaments of up to 144 golfers. Many groups return year after year for the exceptional golf, great hospitality, and fabulous food. Find out how easy and fun it is to have The Winston host your corporate tournament.

The Winston is open to the public every day, says their GM

Nestled in the heart of the city, the Winston Golf Club in Calgary offers not only outstanding golf but an outstanding access from downtown or off some of Calgary’s major routes.

Through the almost 100 years this track has been operating, it has changed names a few times which has led to a bit of confusion on the playing public’s part. And despite its age, that doesn’t mean The Winston is an old-fashioned layout with a private membership.

Asked about how Alberta architect Les Furber brought the course up to today’s standards of handling big hitters, The Winston’s General Manager, Dale Tomlinson said that his course has kept pace with the game’s seemingly ever changing traits.

As for the average player though, this layout sets up well even though you may not bomb your opening volley out around the 300-yard mark.

“We have four sets of tees as well as combination tees, so there’s no shortage of yardage you can play from,” explained Tomlinson. “As well, you can actually play most of your foul balls out here. You’re not going to lose a ball every time you tee off out  here. And, people enjoy the playability, the walkability, of the course.”

While it does offer that wide-open sort of design where you can try to whack a shot as far as you can, that doesn’t necessarily help much. You see, the course’s protection comes from the putting surfaces featuring undulations galore and subtle, hard-to-see breaks that can confound even the best with the short stick.

As to their location in central Calgary, that’s a key factor in having people drop in for a round, Tomlinson stated.

“We’re only nine minutes from downtown. We have a lot of players that can be on the tee at 2:30 after leaving the office at 2 o’clock, having warmed up. We’re not only close to downtown, we’re by the Deerfoot Trail and Highway 1. It’s not hard to get to.”

Continuing talking about his facility, Tomlinson did point out that many people have the wrong impression about The Winston. It is, he emphasized, a semi-private golf course and not private meaning anyone can tee it up here.

“That’s probably the biggest misconception with people thinking we’re private; thinking they can’t get on the tee sheet to play. The other misconception people have is that we went private when we changed our name. But, it’s truly just a rebrand (introduced in 2017), a new name. Everything else stayed exactly the same.”

As to the new name, it’s quite simple why that came about, the GM said. “The area around us is Winston Heights, and that’s where the name came from,” and now that golfers know that The Winston isn’t a private track, they can come from all over to sample this layout sitting right in the heart of the city.

For tee times, go to playgolfalberta.comand follow the links.