Search for Tee Times at Sirocco 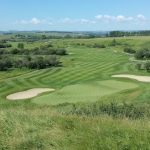 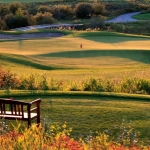 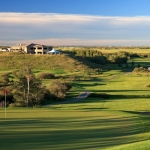 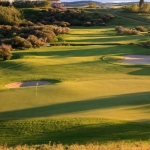 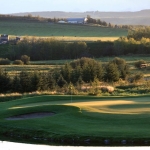 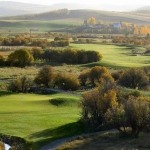 Friday – Sunday including holidays:  $105 plus GST

Set within 940 acres of family owned land, Sirocco Golf Club is a true links course that winds its way through the Pine Creek Valley. Designed by Architect Bill Robinson, every hole of the 7185 yard par 72 design offers unique challenges and unparalleled beauty. Each hole at Sirocco has individual character, presenting a comprehensive challenge to golfers of all abilities. There are some notable holes on the course. Hole #6, a par 4 that lies between the edge of the valley and a steep creek bank will challenge you at the tee and on your approach. Hole #7, a picturesque par 3 will bring some fun into your game and awe you with the view of the Rockies. The back nine begins with two challenges. Hole #10 requires a strategic tee shot over Pine Creek followed by a steep uphill approach to the green. Hole #11 tees off at the top of the valley’s south ridge onto the fairway below, a challenge for even the most brazen golfer. After finishing the picturesque 14th hole get ready for an absolute spectacular finishing stretch that when completed, you will want to reward yourself in Ibby’s Lounge & Restaurant.
Our practice area features a large grass driving range tee, a sheltered hitting area, shortgame area and a practice putting green. Sirocco is a semi-private facility offering full equity memberships and several Annual Membership options. Sirocco Golf Club was ranked in the Top 15 Alberta’s Public Golf Courses in 2011 and ranked by SCORE Magazine as the “Best Conditioned” Public Golf Course in Alberta in 2013. The course has hosted two PGA Tour Canada events in 2009 and 2014.

Whether you’re a golfer or just love a good meal, Sirocco Golf Club has a modern take on classic fare with something for everyone. Tasty, wholesome dishes produced by Executive Chef James DeLong and his team are made from the freshest quality local ingredients.  With panoramic views of the golf course, the mountains and downtown Calgary, Sirocco Golf Club is the perfect setting for a delicious casual dining experience.
Our menu perfectly combines together our commitment to high quality, fine dining style food alongside all your lounge favourites. So, any day of the week (special banquet or tournament permitting) we will be able to offer our same great fare in the Lounge or in the Dining Room. Whether it’s a quick Chef’s Burger & beer with the game on in the background or a relaxed evening for two with fine wines and great steaks, you’ll be able to enjoy either. 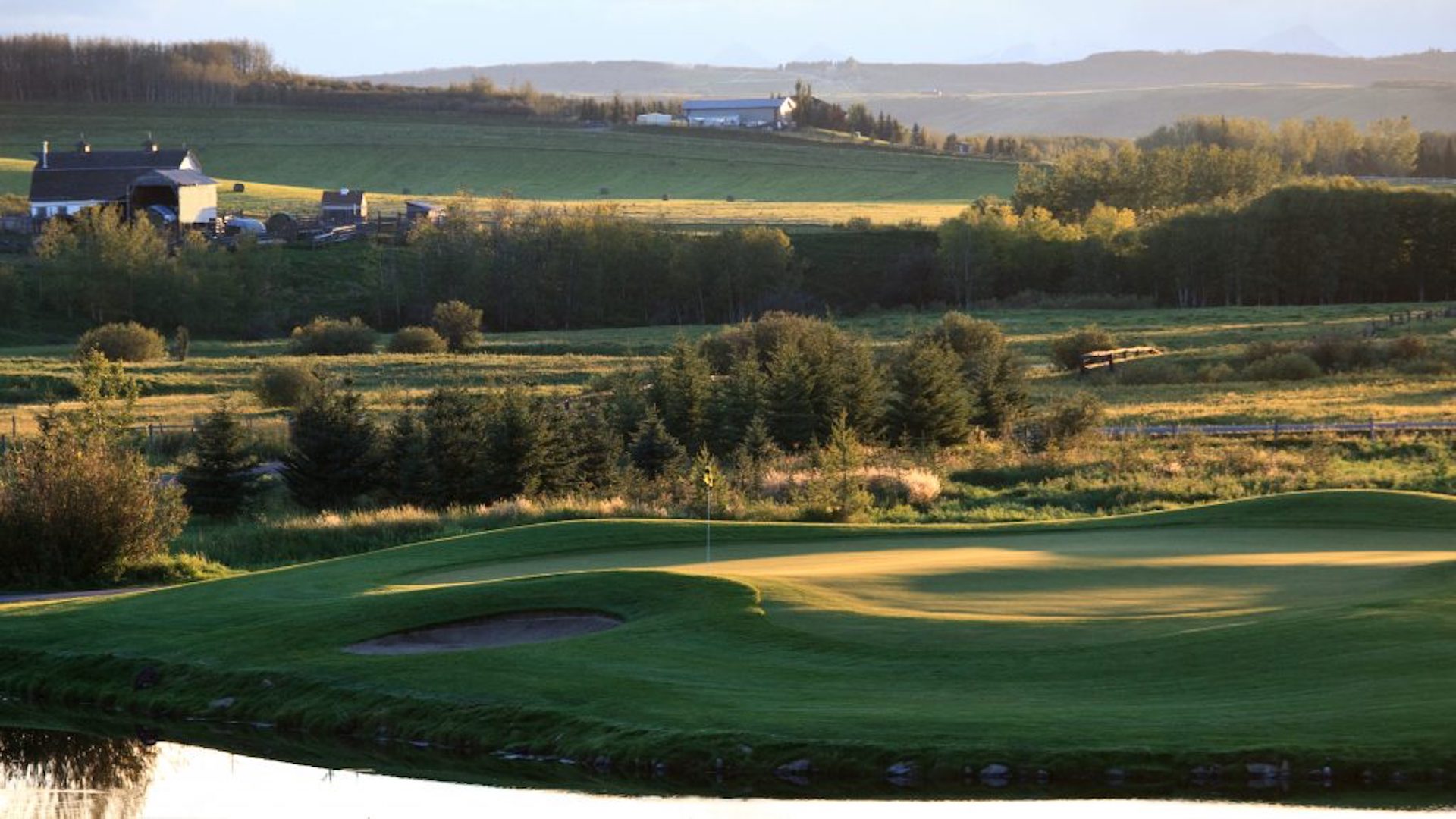 If you’re a proponent of the old theory that a membership at a golf course keeps you stuck in one place, playing the same old layout time after time, think again. At least that’s the word coming from Tom Ellison, General Manager at the Sirocco Golf Club in Calgary.

You see, he’s of the opinion that a membership at his track is well worth the money simply because Sirocco plays so differently on a continuing basis.

“The feedback we hear from our members is that the playing experience is so different  every time they come out here. They don’t get bored playing it, 30, 40, 50, 60, 100 times. It is always interesting to play, especially in the wind. That is the comment we get most often from our members …  ‘I’ve played this thing 200 times and today, it was different again because of the wind.’ Our members never get bored playing it.”

To illustrate how sure he is of those statements, Ellison, and Sirocco are offering up trial memberships. “We’re a semi-private club so we are trying to attract new members. You can come and join the club for a year, and we hope people will want to come on a more permanent basis after that.”

Those trial memberships, he continued, have been very well received by the public in the past because “They are very affordable,” and this is a way to give the unaffiliated player a taste of what this interesting layout has to offer.

Founded in 2005, Sirocco has received press praise after being named one of the top 15 public golf courses in Alberta by SCORE. It’s a links-style course that plays to over 7,100 yard from the back tees. Those yardages do shorten up though, dropping down to 6,722; then to just over 6,000 yards and finally 5,269 yards off the front tees. There are also several sets of combo tees. Even with its challenges, the course suggests that an 18-hole round should take no longer than 4 hours and 45 minutes.

The Sirocco Golf Club can also become your home to a corporate tournament, as they host such events during the season on Monday or Thursday, and given their location, business people don’t necessarily have to give up an entire day getting to the course for such an event. Ellison noted that one really good thing about Sirocco is its location, something that often takes the unknowing golfer by surprise.

“We are known as a challenging, beautiful country course that’s only two or three minutes from the city. That’s what people find when they get here — they don’t expect it to be here because it is so close to the city. The course itself winds through Pine Creek Valley. It’s a bit of target golf that can be challenging depending on how the wind is blowing.”

As for what’s out here besides a great golf course that’s describe as “Natural, Unique, and  Picturesque”, Ellison noted the amenities are second-to-none.

“We have all the services a club should have. A giant grass tee driving range. We have a large chipping and putting green. In our clubhouse we pride ourselves on having really quality food, all made in-house.”

Another big item on their list this year is an initiative to get more junior-aged players making the loop at Sirocco. Ellison said a special season pass, “with great privileges and clinics,” is available for only $300. “Because of our small membership, we’re trying to attract juniors so their parents don’t have to be members here.”

As for leagues, they’re a popular pastime at the course, especially since they are open to the public because of the small membership numbers at Sirocco. “We have a very strong ladies league on Tuesday. It is very well sponsored and attended. Our men’s league is on Wednesday, and again, very well attended and we are looking to add a few people to that,” said Ellison.

As to what makes his course stand out from others in the Calgary market, Ellison had this to say: “It isn’t the same round of golf every time,” which is often what golfers are looking for and why they shy away from holding a club membership.

For tee times at Sirocco, go to playgolfalberta.com and follow the links.